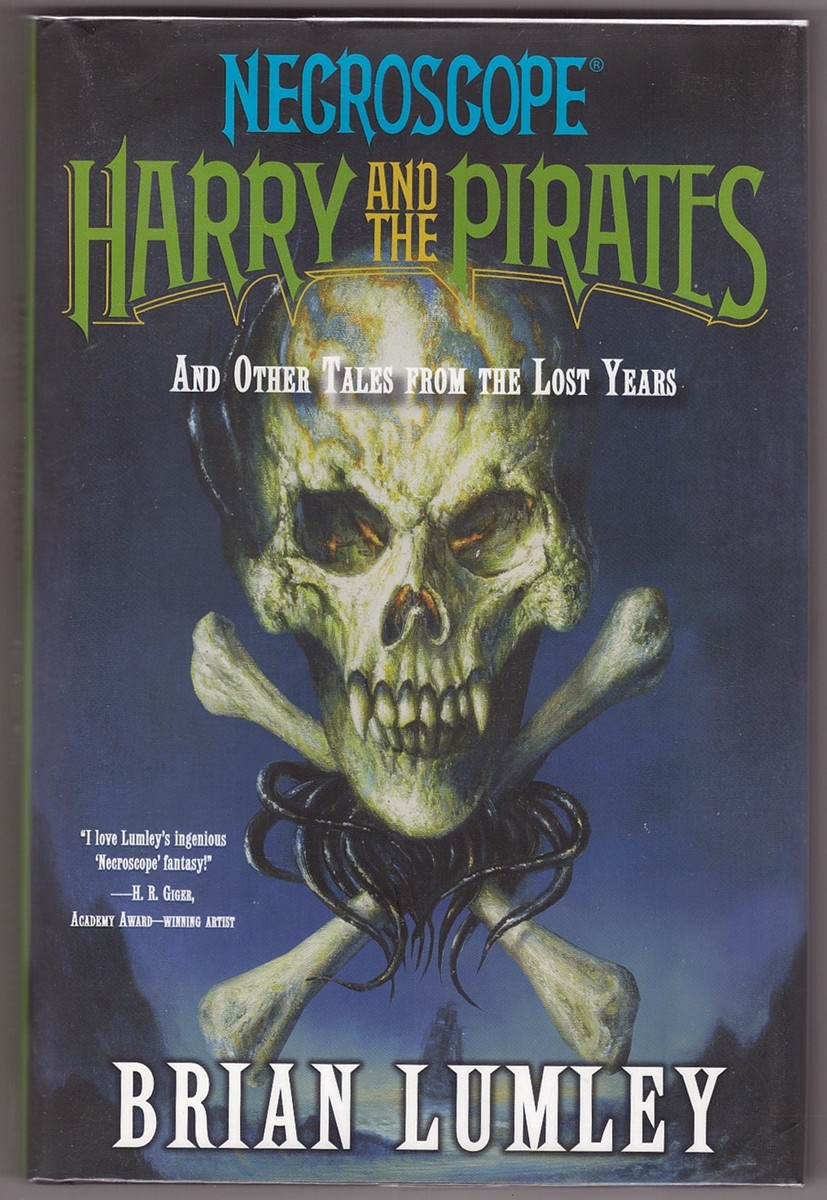 Necroscope Harry and the Pirates: and Other Tales from the Lost Years

Slight edge wear top edge, lightly bumped bottom spine ; A bright, solid book, DJ in protective Mylar sleeve, unclipped. ; 0.8 x 9.2 x 6.4 Inches; 192 pages; Harry Keogh, the first Necroscope, is arguably Brian Lumley’s greatest creation. In the Necroscope series, readers saw Harry learn to use his powers to talk with the dead and travel instantaneously to any point in space and time. They saw him take arms against the evil, twisted, metamorphic alien vampires who sought to feed off humans and enslave mankind. They saw him suffer a great personal loss and then recover his family, and later his humanity, through a new love. And they saw Harry wage the grimmest battle of his life—against the vampire he himself was becoming! Even after Harry’s story was done, Brian Lumley continued to write books about Harry’s legacy—the other Necroscopes who inherited his weird talents. But Harry himself would not go quietly into that darkness that lies beyond an author’s imagination . . . and now Brian Lumley has written three new novellas about Harry and his supernatural adventures, which are published for the first time in the United States in 'Harry and the Pirates'.

Title: Necroscope Harry and the Pirates: and Other Tales from the Lost Years

Necroscope Harry and the Pirates: and Other Tales from the Lost Years