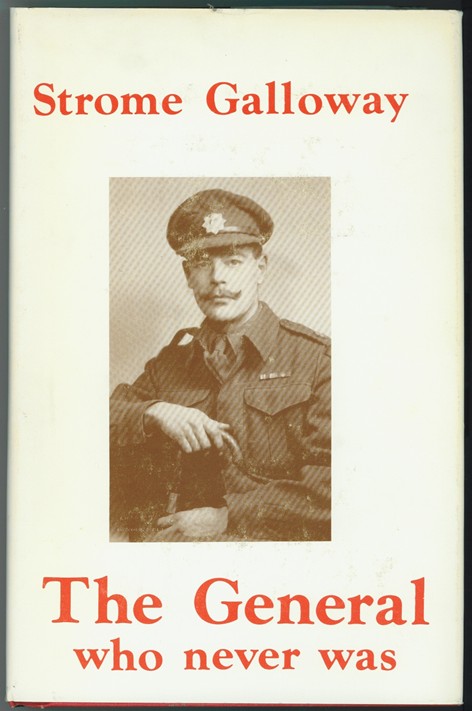 Dust jacket scuffed with some edge wear, some soil on back panel of DJ ; A bright, solid book, DJ in Mylar ; Large 8vo 9" - 10" tall; 294 pages; "Colonel Strome Galloway, who commanded the Guards' 4th Battalion from 1955 to 1957 and was the first and last regimental lieutenant-colonel, believed that the disbanding of the Guards was a "political decision" by powerful "francophone" elements. "Our crime," Galloway wrote, "was that we were 'too British' in uniform and character to pass muster with the Francophone hierarchy which dominated the Defence Department at the time. The Unification program was the official excuse, but the program itself was partly a gimmick to 'Americanize' the Canadian forces and eliminate, as far as possible, the British traditions of the past." (Wikipedia) He served for more than 6 decades. This is an account of his personal military service with a short polemic against the unification of the Canadian services. He died in 2004.

Title: The General Who Never Was