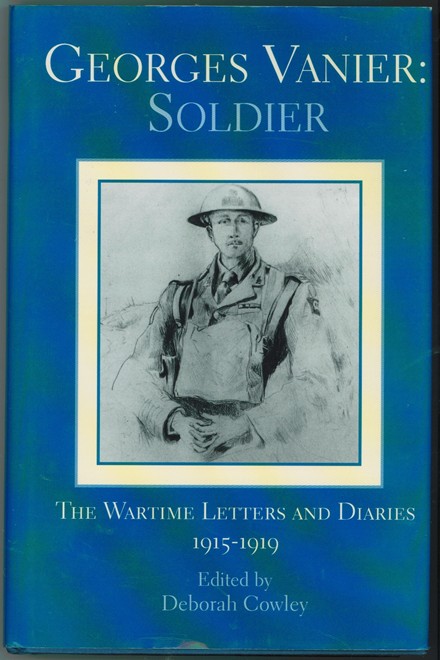 Signed by Editor; Light edgewear to book and dust jacket. ; Inscribed by the editor on the front free end paper. A bright, solid book, DJ in Mylar ; B&W Photographs; 9.28 X 6.28 X 1.07 inches; 240 pages; "Georges Vanier, who served as Governor General of Canada from 1959-1967, was 26 when he became one of the the first men to join the newly established Royal 22nd Regiment - known as the "Van Doos". He was in his second year in the Montreal firm as Dessaules and Garneau, and very much the son of a Montreal upper-class family. His service in the First World War shaped his character, and he often described the four years spent on the battlefields of Euroe as the most rewarding of his life." blurb