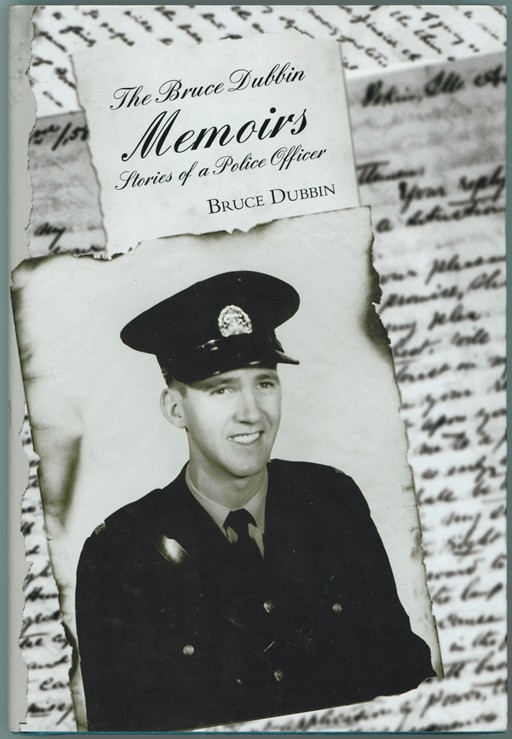 The Bruce Dubbin Memoirs ; Stories of a Police Officer

Signed by Author; Only slight edge wear.; Inscribed by author on front free end paper. A bright, solid book, DJ in Mylar. ; B&W Photographs; Large 8vo 9" - 10" tall; 166 pages; The youngest of nine children, Bruce was born in Saskatoon on August 22, 1932. After his early schooling there, he moved with his family to Alberta and attended Springbank School before settling in Calgary near 27th Avenue and 4th Street, finishing Grade 9 at Balmoral School. He later upgraded to Grade 12 equivalency. His first job was with Mannix as a labourer in their shop in Ogden and later went with him to Spray Lakes and finally, to Kitamat. Bruce moved to Camrose, Alberta where he met and married Nina Shoults, who was a dance instructor. Their union produced six children - two girls and four boys. The musical talent of the children became well known resulting in "The Dubbin Show", popular with all ages. Bruce claims their artistic ability was in their genes. Besides having a dancing mother, Bruce could carry a tune himself likely passed down by his own father, an accomplished musician who played various instruments. Bruce joined the City Police on April 1st (April Fools Day), 1955, along with partners Bill Brink and Don MacNeil. He walked the beat for five years before starting dispatching duties in the old Headquarters on the south side of 7th Avenue. He has many fond memories of the Patrol Division where, between beats and cars he earned a combination of 10 merit marks and commendations. His final move was back into uniform at the back counter before taking his retirement on July 1st, 1983.

Title: The Bruce Dubbin Memoirs ; Stories of a Police Officer

The Bruce Dubbin Memoirs ; Stories of a Police Officer