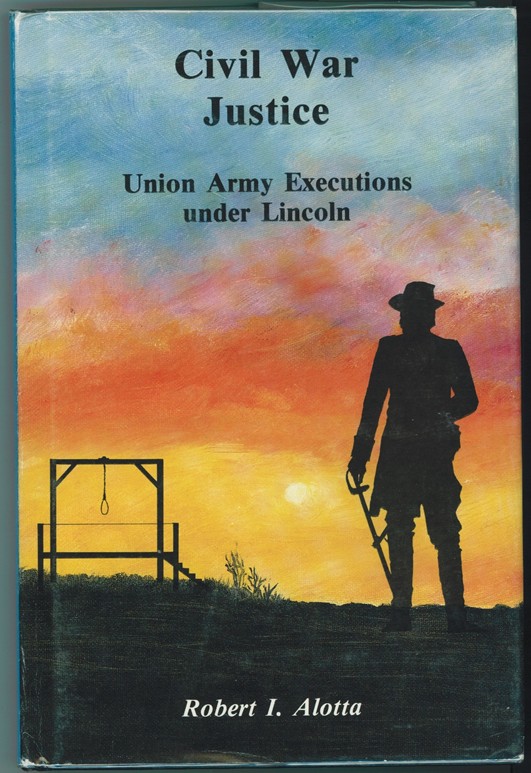 By: Alotta, Robert I.

Dust jacket shows some edgewear, scuffing, only light wear to book. ; A bright, solid book, DJ in protective Mylar sleeve, unclipped. ; B&W Photographs; 9.20 X 6.10 X 1.20 inches; 234 pages; Alotta analyzes every recorded military execution in the Union army during President Lincoln's administration, including a significant number not reflected in the official government report on the subject. After a general discussion of the relevant sections of the military codes and the way in which the draconian rules governing capital offenses were understood and applied--or, frequently, misunderstood and misapplied-by field commanders, the author investigates various aspects of military executions during the Civil War. Although this monograph throws valuable light on its subject by considering army executions by type of offense, spatial and temporal distribution, racial affinities of the culprits, and detailed case histories of almost 250 court-martials, it fails to live up to some of the premises made in the Preface and Introduction. For example, the Preface states that the book is "a factual account of how Lincoln's lack of management skills, his vacillation in regard to military decisions, and his complete disregard for the Constitution caused the deaths of many Union soldiers." In fact, there is very little discussion of these premises in the text, and no attempt to prove the assertions rigorously.