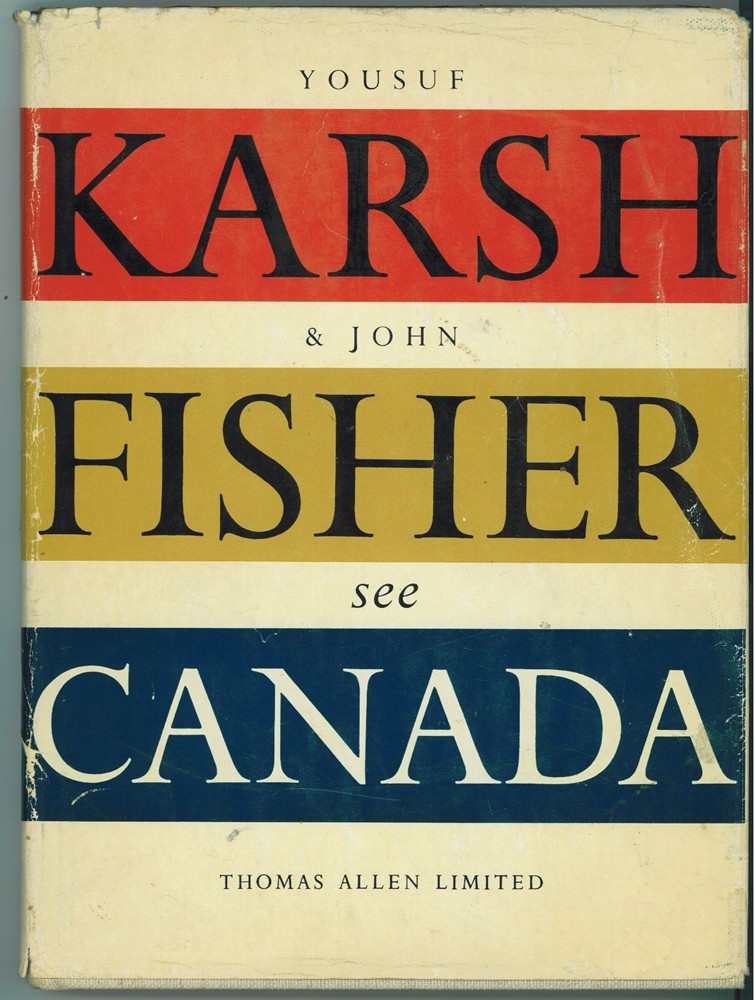 Canada, as seen by the camera of Yousuf Karsh and described in words by John Fisher

Light lean to book, dust jacket heavily chipped with short tears and creasing, showing wear and shelf soil. Beige cloth covered boards with red title on spine showing only light wear. ; A tight solid book. DJ in Mylar. ; B&W and Colour Photographs; Large 8vo 9" - 10" tall; 165 pages; A travelogue by two men in love with their country. Yousuf Karsh 'He grew up during the Armenian Genocide where he wrote "I saw relatives massacred; my sister died of starvation as we were driven from village to village." At the age of 16, his parents sent Yousuf to live with his uncle George Nakash, a photographer in Sherbrooke, Quebec, Canada. Karsh briefly attended school there and assisted in his uncle’s studio.' Coming from the terrors happening in Armenia, Canada must have seemed like heaven on earth. John Fisher, "a reporter and broadcaster in Halifax before joining the CBC as a "roving reporter" " (Canadian Encylopaedia) became known as Mr. Canada. Nobody knew the country better.

Title: Canada, as seen by the camera of Yousuf Karsh and described in words by John Fisher

Canada, as seen by the camera of Yousuf Karsh and described in words by John Fisher