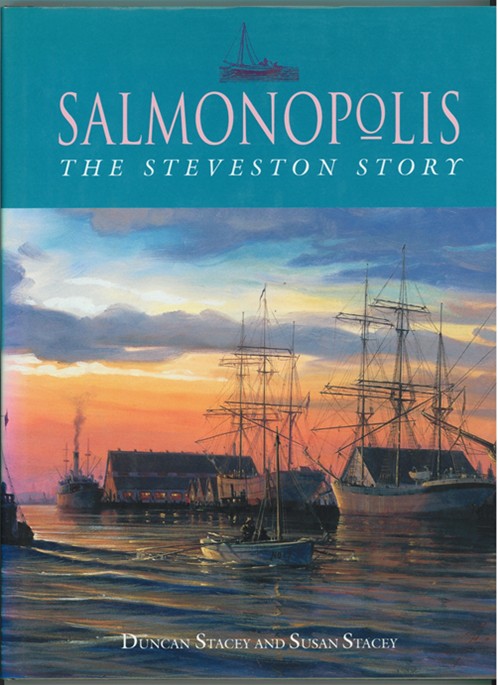 Only slight wear with light fading of DJ spine.; A bright, solid book, DJ in Mylar ; Color Illustrations; 0.7 x 11.1 x 8.7 Inches; 152 pages; "Steveston is a small town with a big past. Located at the mouth of the Fraser River, its founder Josiah Steves once touted it as a rival to the nearby city of Vancouver, a would-be metropolis built on the wealth of its great salmon fishery. While this goal was never achieved, Steveston did reign for most of this century as Canada's largest fishing port. During fishing season in the early years its population multiplied tenfold and social life took on the quality of a boom-town, complete with gambling halls, opium dens and countless hook shops. Large populations of Indian, Chinese, Japanese and European workers gave it a uniquely ethnic atmosphere. Today its picturesque main street and nearly abandoned "Cannery Row" hint at a colourful past, a past well-known historian Duncan Stacey and writer Susan Stacey thoroughly document in this first-ever history of one of BC's most fascinating waterfront. communities." It is now known for being the Storybrooke setting for the TV show 'Once Upon a Time'.