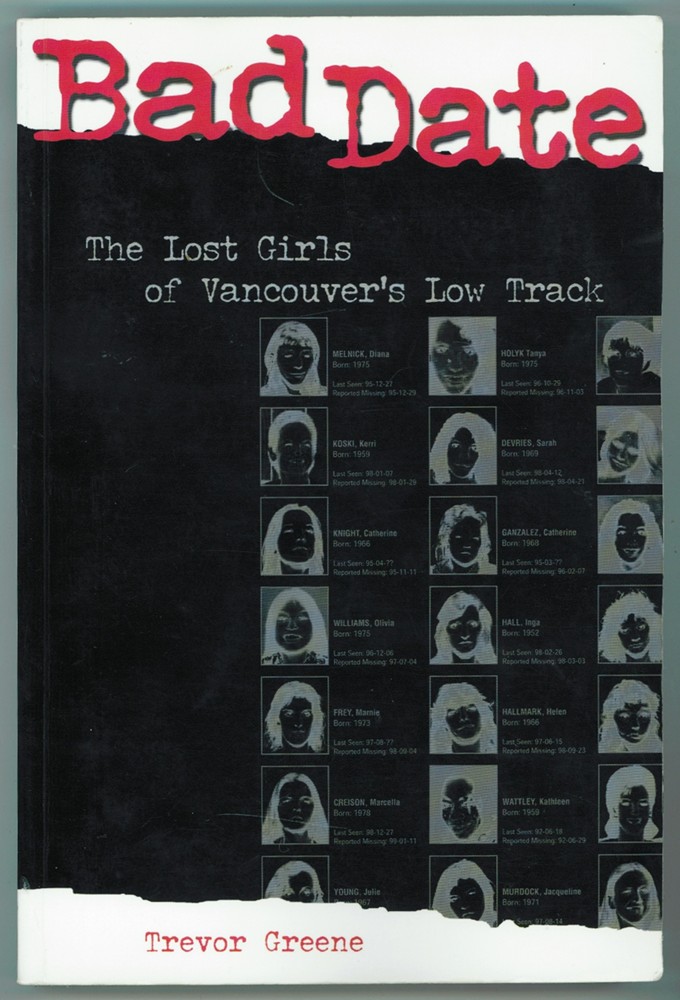 Light wear to extremities, corner curl. Front and back covers have some creasing. ; A tight solid book. ; Trade PB; B&W Photographs; 8.90 X 5.90 X 0.60 inches; 190 pages; An early account of the many prostitutes and young women who went missing from the streets of Vancouvers Downtown Eastside. This book was published just before the arrest of Willie Pickton, the convicted killer of many Vancouver prostitutes. "Examining a ten-block compound of poverty, pain, and despair in Canada, this book delves deep into the world of an area known as Low Track, where drug-addicted prostitutes barely sustain themselves and their habit by selling their bodies. Suspended in the miasma of smoke and despair and the stench that hangs over these mean streets is the mystery of 31 Low Track prostitutes who appear to have vanished over the past few years, without a trace. Exploring this true-life mystery, this book features interviews with the families of the missing women and the police involved in the case, offering several possible explanations of what might have happened.'' It includes photos of many of these missing women, many of whose names became familiar in the investigations in the years since.