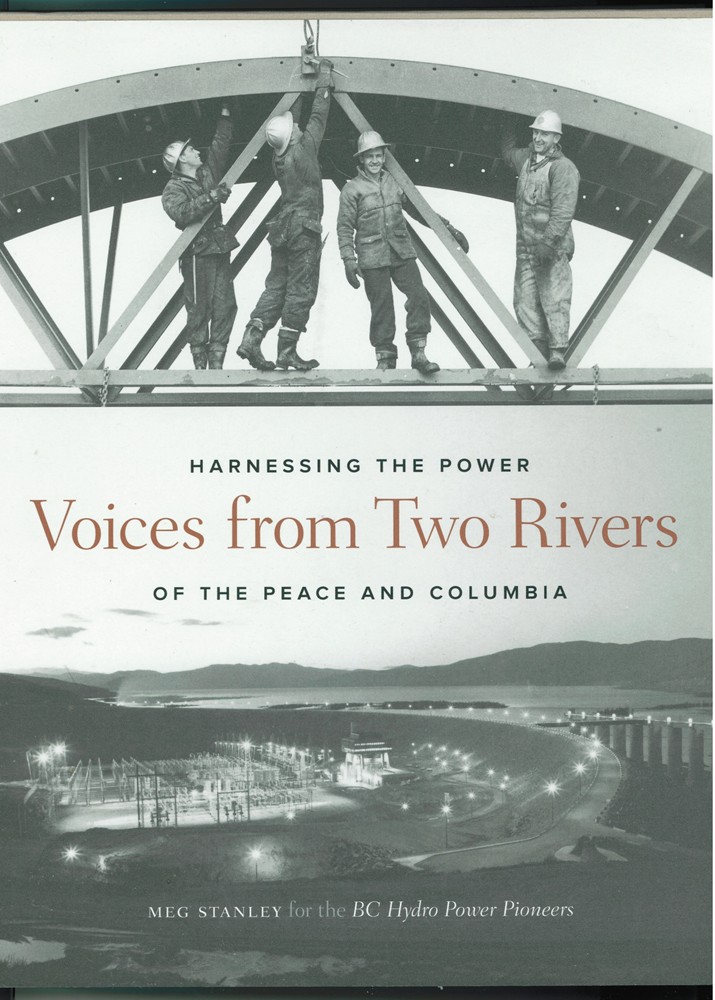 Previous owner's name on front free end paper, light creasing to top edge of dust jacket. ; A bright, solid book, DJ in protective Mylar sleeve, unclipped. ; 4to 11" - 13" tall; 312 pages; Early in the 1960s, Premier W.A.C. Bennett created BC Hydro to implement his "Two Rivers Policy" of harnessing the tremendous energy of the Peace and Columbia rivers to generate electricity. The new crown corporation was charged with building the large dams and powerhouses that would turn the policy into megawatts.At the heart of Voices from Two Rivers are the stories of those who lived and worked around the building of those projects. Engineers, First Nations elders, ranchers and construction workers and their families all have a place in this narrative. The projects were engineering feats that involved tens of thousands of people and touched the lives of many more British Columbians with tremendous benefits as well as abundant challenges.Today, the two rivers provide 64% of BC Hydro's electricity; power the majority of British Columbians depend on. Sumptuously illustrated, with more than 120 illustrations, maps and photos, Voices from Two Rivers sheds new light on large-scale government policy and is sure to interest communities affected by similar energy projects across Canada.

Title: Voices from Two Rivers Harnessing the Power of the Peace and Columbia