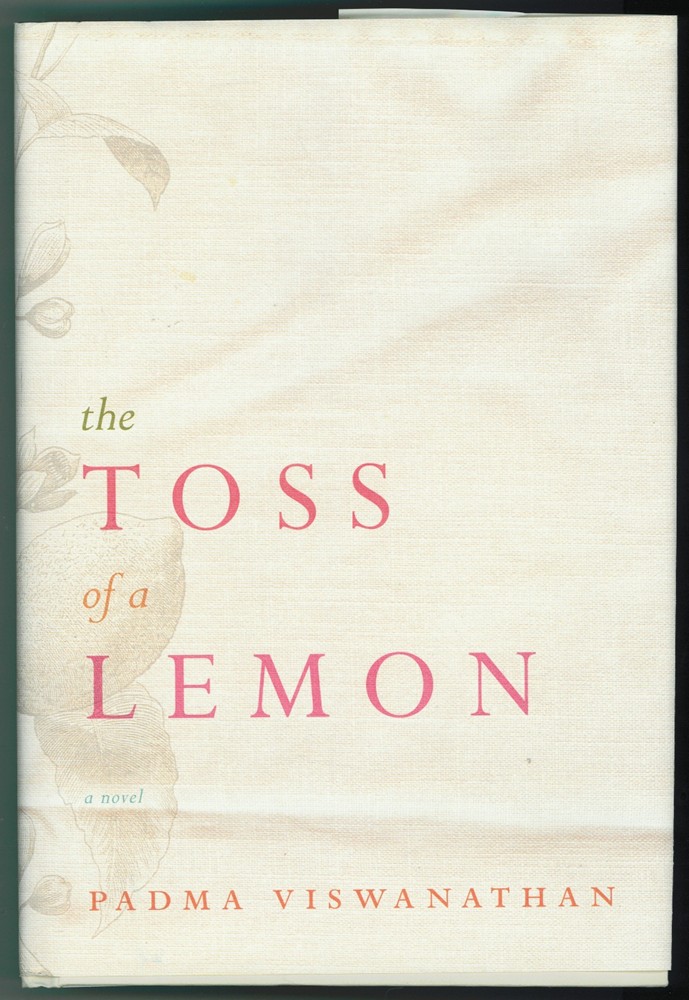 The Toss of a Lemon

Signed by Author; Light edge wear to book & dust jacket ; Inscribed by author on title page. Menu for a breakfast promoting the book laid in. DJ in protective Mylar sleeve, unclipped. A bright, solid book.; 9.10 X 6.20 X 1.70 inches; 619 pages; In south India in 1896, ten-year old Sivakami is about to embark on a new life. Hanumarathnam, a village healer with some renown as an astrologer, has approached her parents with a marriage proposal. In keeping with custom, he provides his prospective in-laws with his horoscope. The problem is that his includes a prediction, albeit a weak one, that he will die in his tenth year of marriage.Despite the ominous horoscope, Sivakami’s parents hesitate only briefly, won over by the young man and his family’s reputation as good, upstanding Brahmins. Once married, Sivikami and Hanumarathnam grow to love one another and the bride, now in her teens, settles into a happy life. But the predictions of Hanumarathnam’s horoscope are never far from her new husband’s mind. When their first child is born, as a strategy for accurately determining his child’s astrological charts, Hanumarathnam insists the midwife toss a lemon from the window of the birthing room the moment his child appears. All is well with their first child, a daughter, Thangam, whose birth has a positive influence on her father’s astrological future. But this influence is fleeting: when a son, Vairum, is born, his horoscope confirms that his father will die within three years.Resigned to his fate, Hanumarathnam sets himself to the unpleasant task of readying his household for his imminent death. Knowing the hardships and social restrictions Sivakami will face as a Brahmin widow, he hires and trains a servant boy called Muchami to help Sivakami manage the household and properties until Vairum is of age.When Sivakami is eighteen, Hanumarathnam dies as predicted. Relentless in her adherence to the traditions that define her Brahmin caste, she shaves her head and dons the white sari of the widow. With some reluctance, she moves to her family home to raise her children under the protection of her brothers, but then realizes that they are not acting in the best interests of her children. With her daughter already married to an unreliable husband of her brothers’ choosing, and Vairum’s future also at risk, Sivakami leaves her brothers and returns to her marital home to raise her family.With the freedom to make decisions for her son’s future, Sivakami defies tradition and chooses to give him a secular education. While her choice ensures that Vairum fulfills his promise, it also sets Sivakami on a collision course with him. Vairum, fatherless in childhood, childless as an adult, rejects the caste identity that is his mother’s mainstay, twisting their fates in fascinating and unbearable ways.

Title: The Toss of a Lemon

The Toss of a Lemon