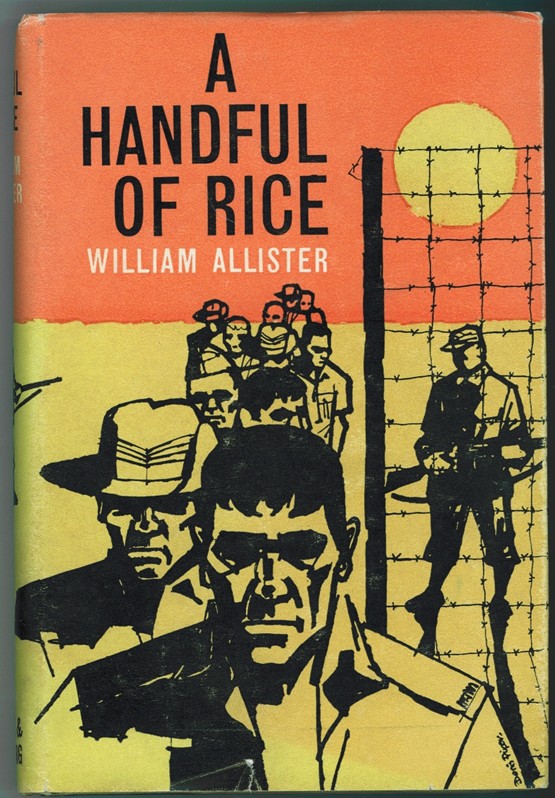 A Handful of Rice

Price clipped dust jacket shows some edge wear, short tears ; A bright, solid book, DJ in Mylar ; 8vo 8" - 9" tall; 288 pages; Allister, a young Canadian soldier was captured by the Japanese at the end of the battle for Hong Kong in the hectic days after the bombing of Pearl Harbor, Christmas Day 1941. A group of soldiers was shipped to Japan in 1943 and used as slave labor, finally to be freed after the dropping of the bombs on Hiroshima and Nagasaki. View more info 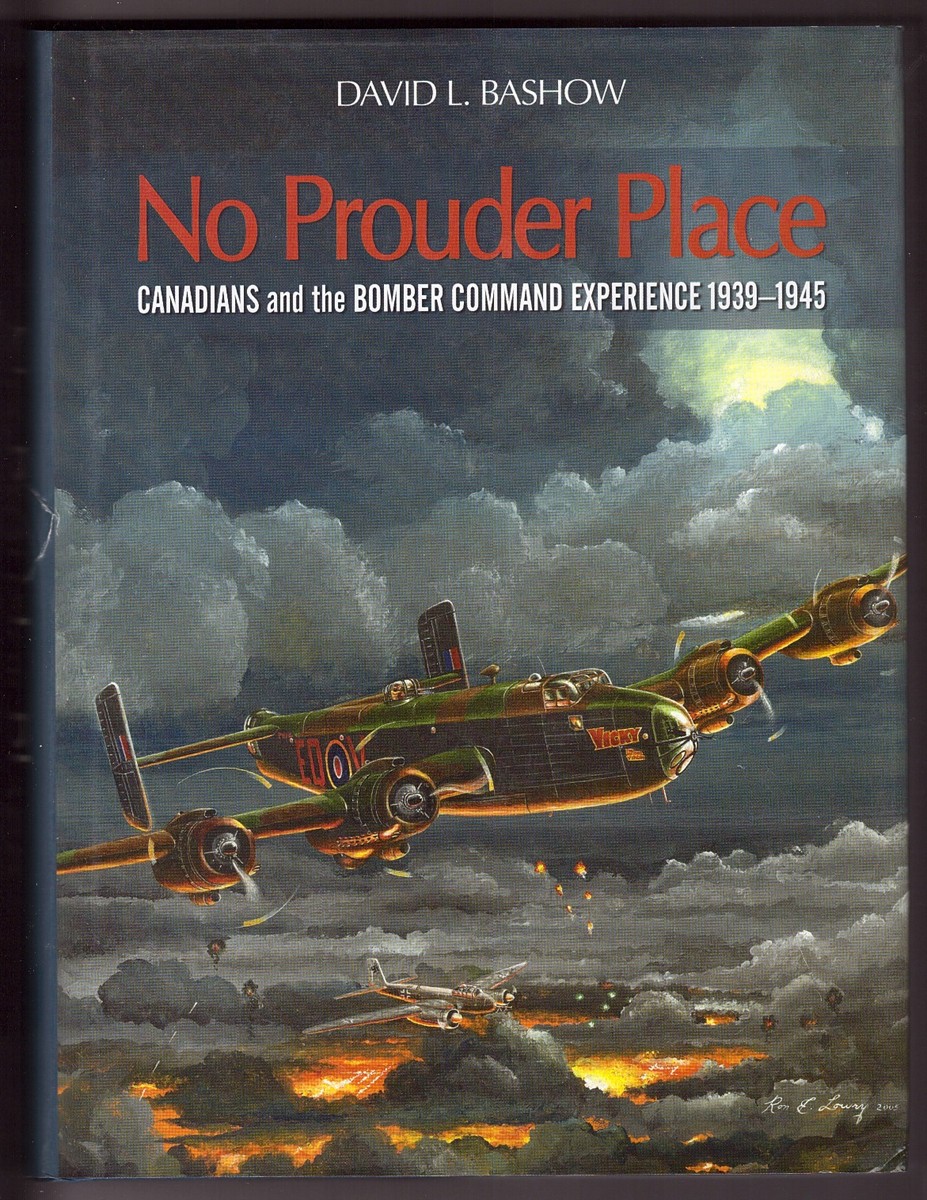 No Prouder Place Canadians and the Bomber Command Experience, 1939-1945

DJ and spine of book have a 1/2" tear. Lengthy gift notation on FFEP. The damage to the spine makes this a reading copy. ; A tight solid book. Dust jacket in Mylar jacket protector. ; B&W and Colour Illustrations; 9.20 X 7.40 X 1.90 inches; 544 pages; "The Allied bombing of the Third Reich and its allies was part of Britain’s overall war strategy to take the offensive to the enemy. It created a “second front” that bled off resources from the enemy’s Soviet campaign, involving massive amounts of manpower and material just to address the threat. It also dealt telling blows to G... View more info 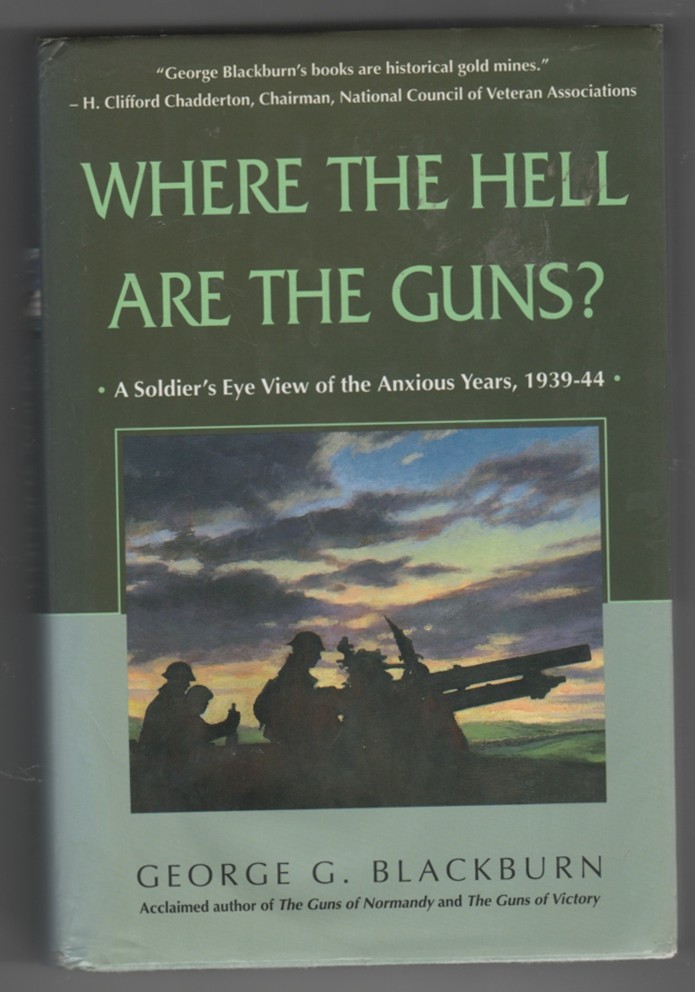 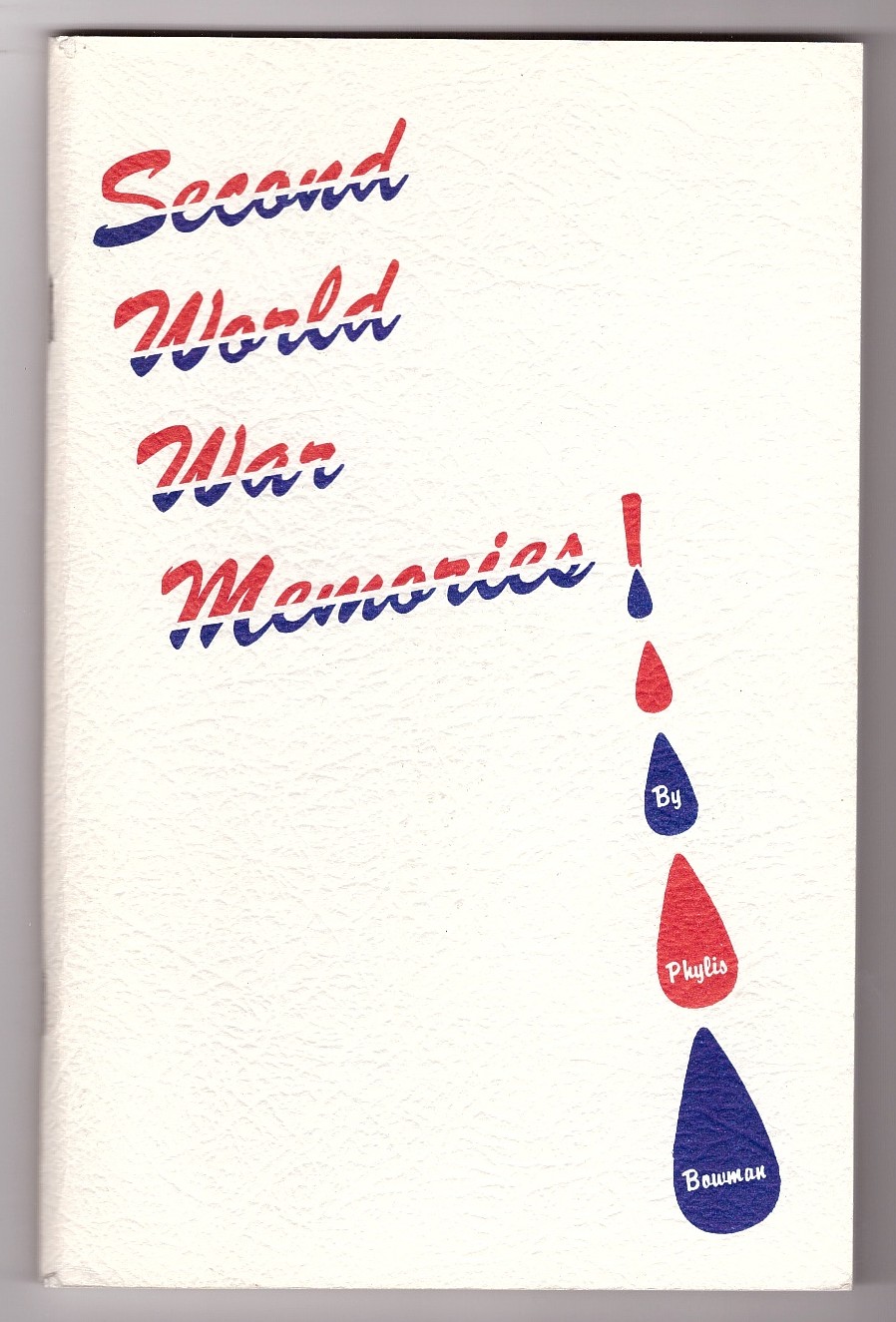 Publisher: Prince Rupert, BC, Self Published: 1987 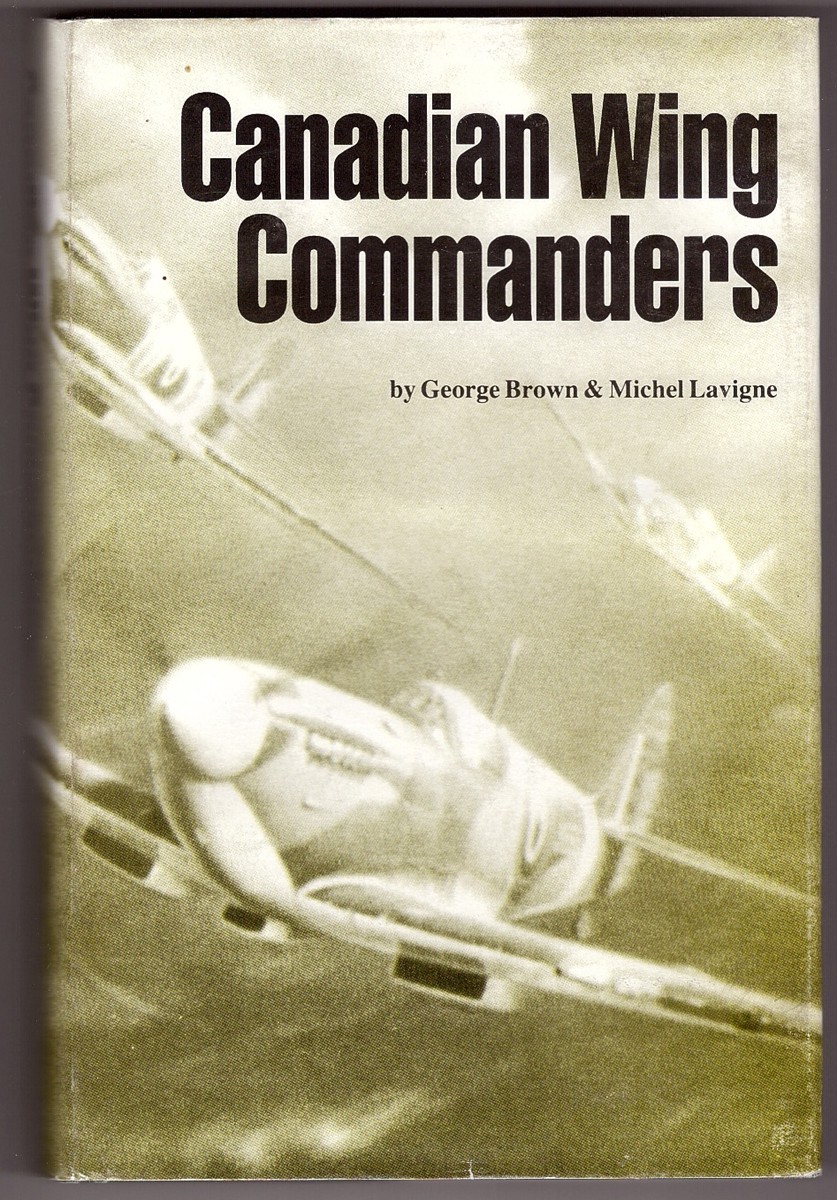 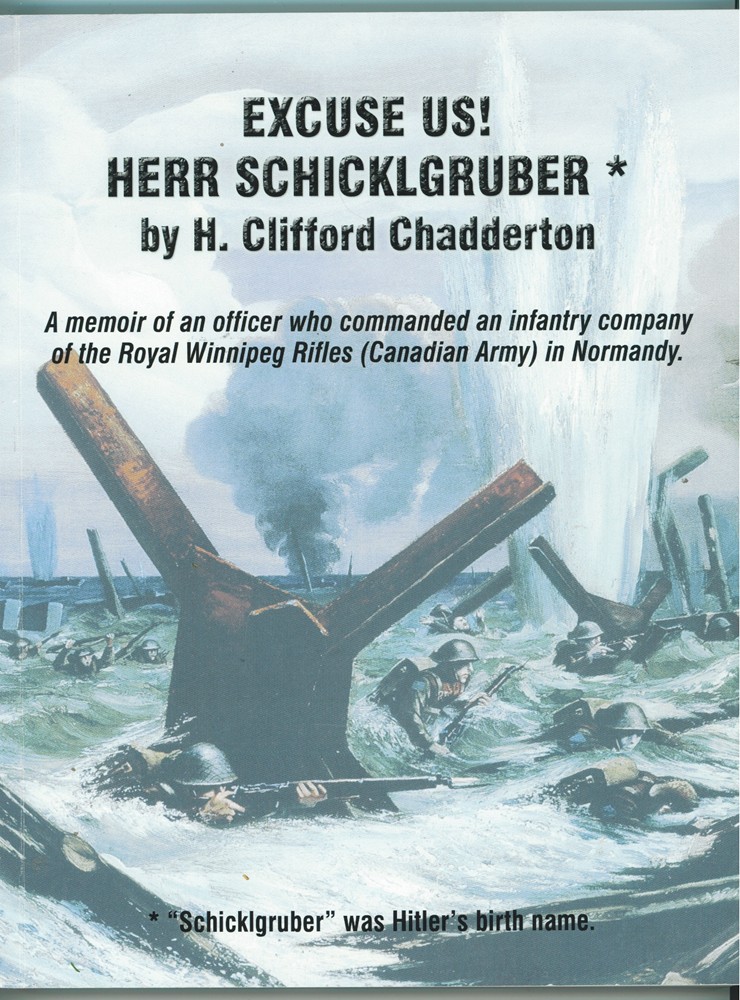 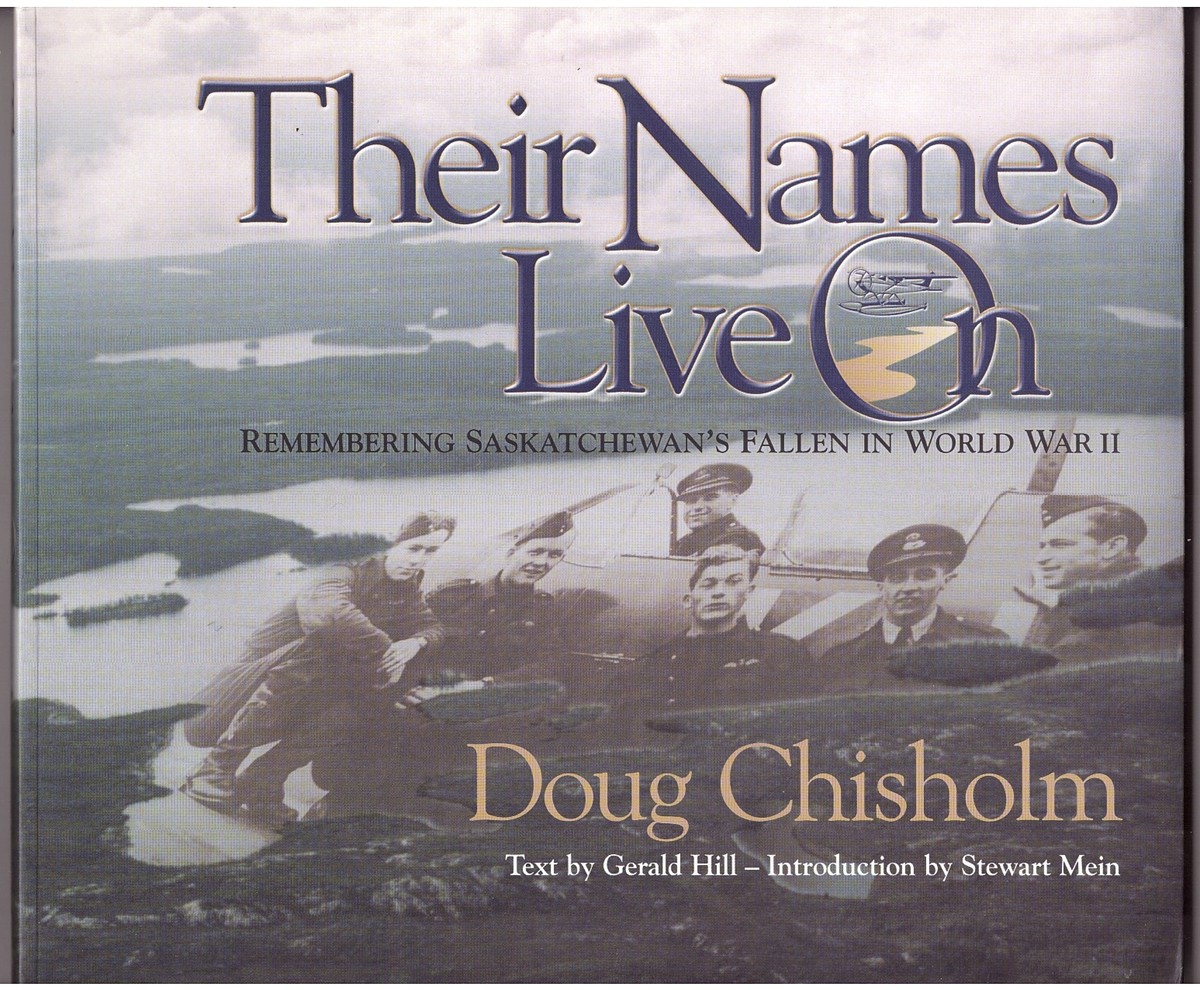 Lower fore corner bumped.; A bright, solid book.; B&W and colour illustrations; 9.90 X 8.50 X 0.90 inches; 250 pages; "In World War II, some 91,000 Saskatchewan men nearly 10% of the total provincial population joined various branches of the armed forces. Of these, more than 3,800 never returned. Following the end of the war, the government of Saskatchewan designated geographic features, such as lakes, islands, and bays, as a permanent testimonial to those who had made the supreme sacrifice. Since 1997, pilot and photographer Doug Chisholm has undertaken the task of photographing from the... View more info 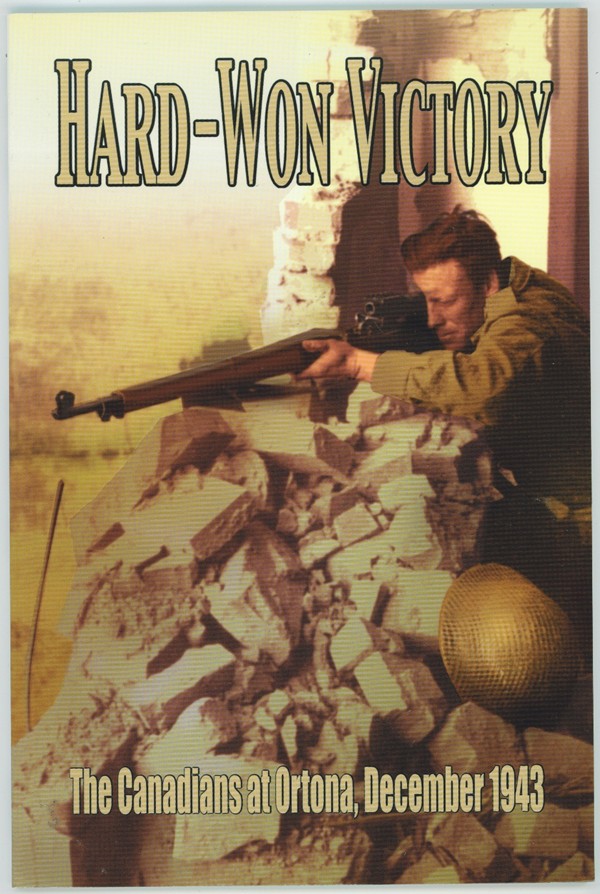 Hard-Won Victory The Canadians at Ortona, 1943 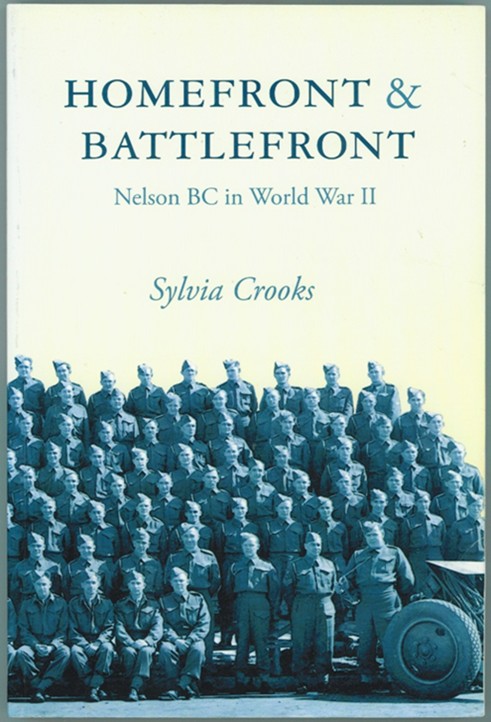 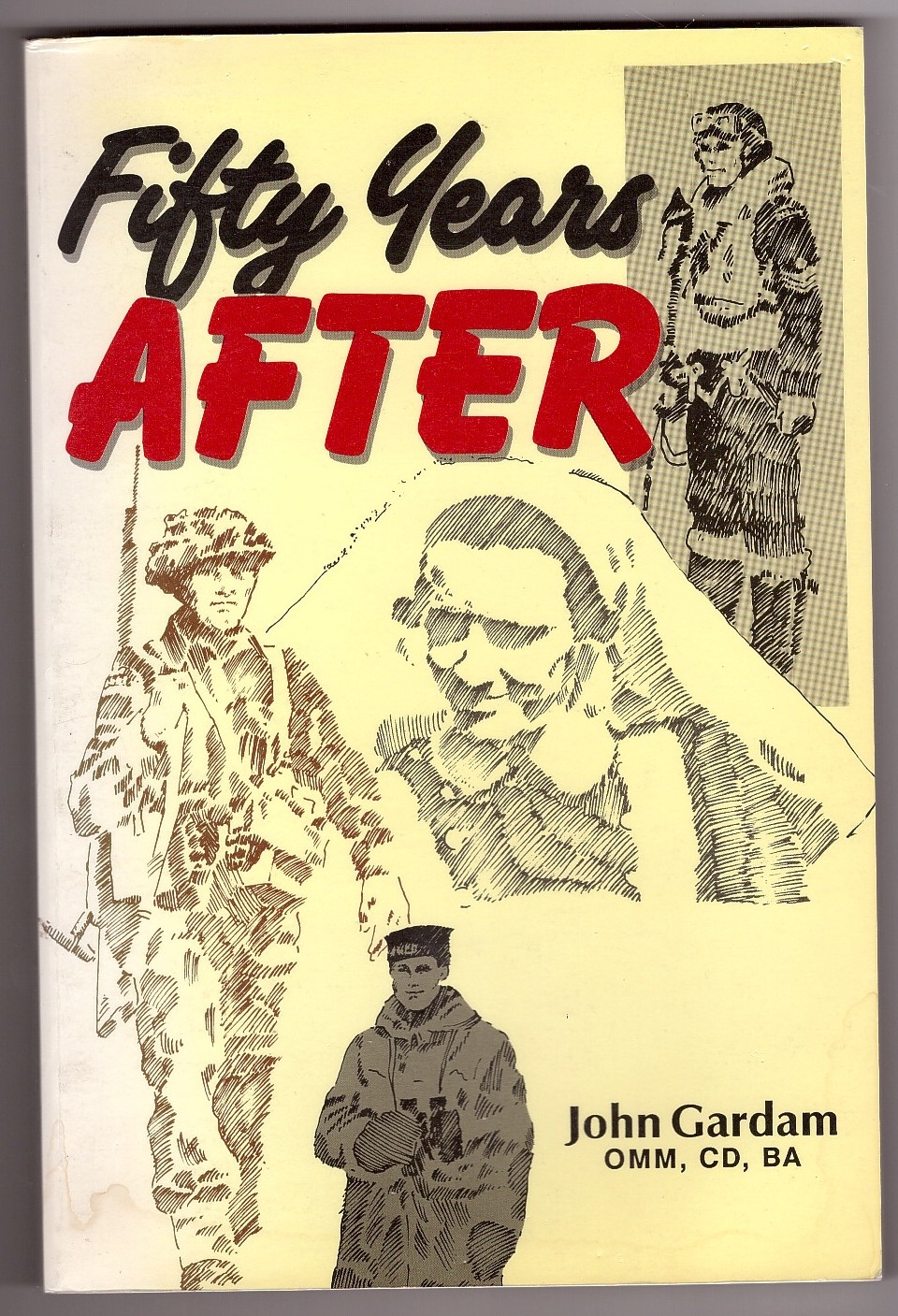 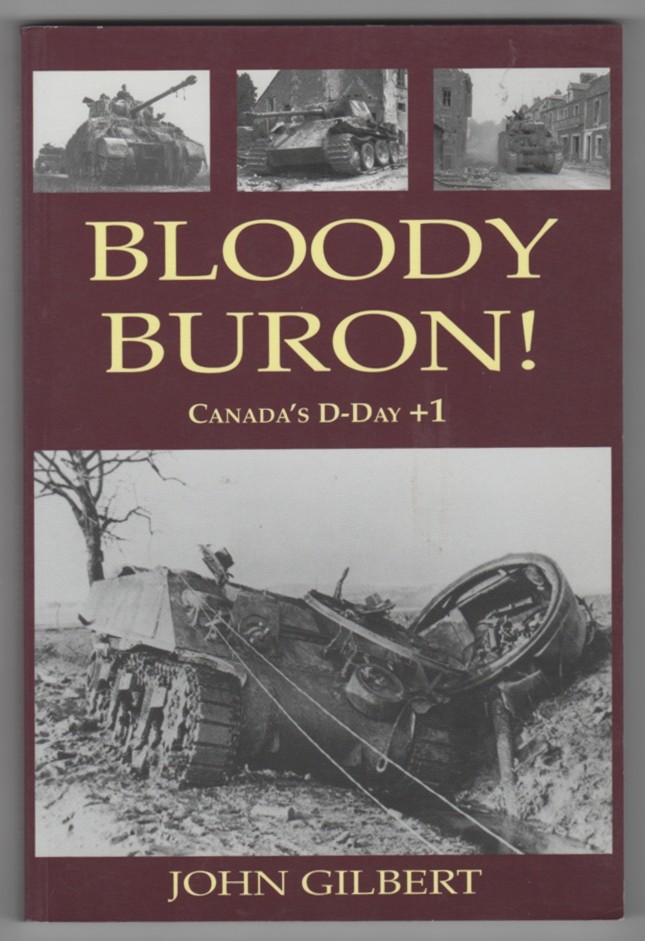 Only light wear to card covers; A bright, solid book.; Trade PB; B&W Illustrations; 8.82 X 5.98 X 0.55 inches; 192 pages; An analysis of the chaos that enveloped the Canadian troops when they attempted to take their objective, the airfield west of Caen the day after D-Day. Instead they were ambushed by the 12 SS Panzer division in the French village of Buron. View more info 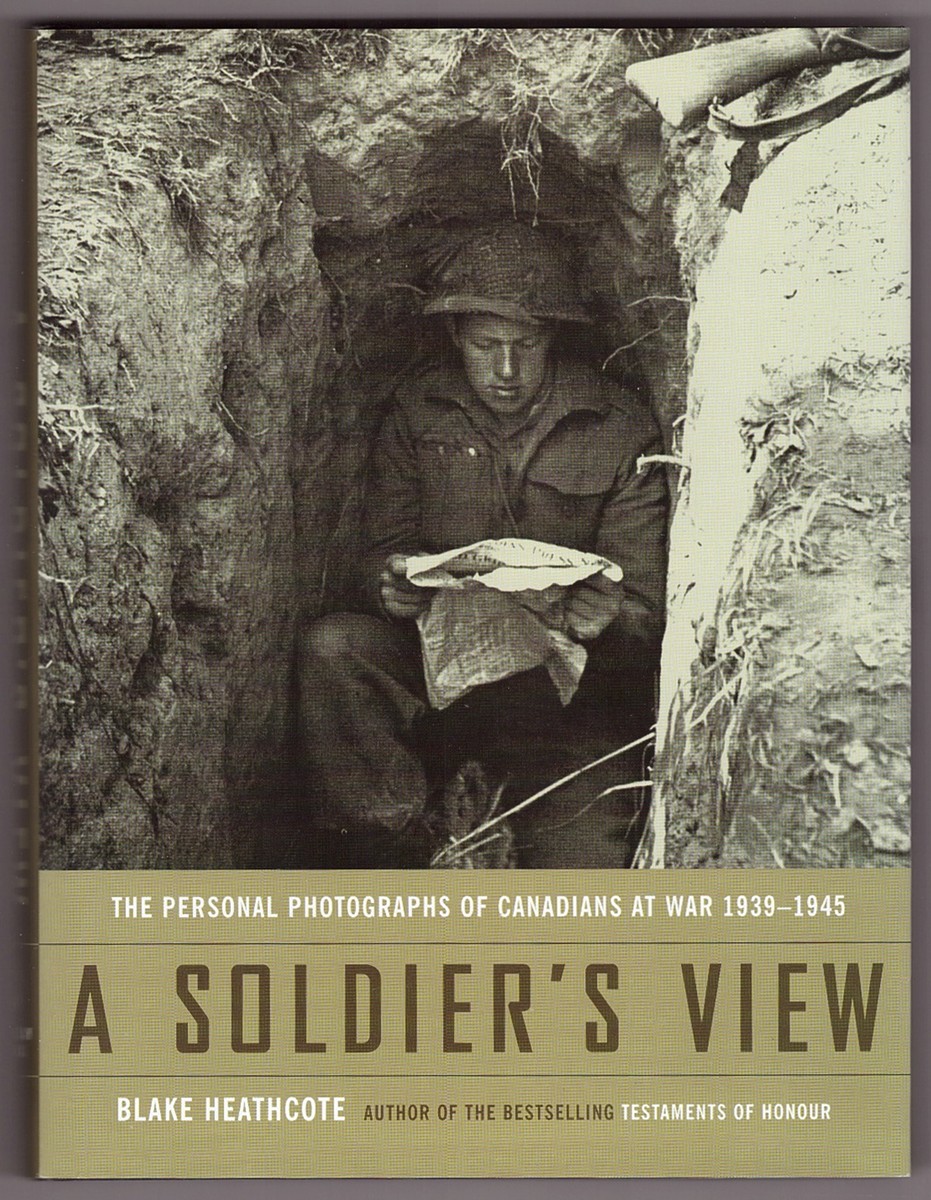 Only slight wear ; A bright, solid book dustjacket in Mylar, unclipped.; B&W Photographs; 9.10 X 7.10 X 0.90 inches; 324 pages; Heathcote traveled the country interviewing Canadian WWII veterans and with the photos he received from them he put together a memorial in pictures. In this book he honours all the branches of the Canadian armed forces who served in WWII. View more info 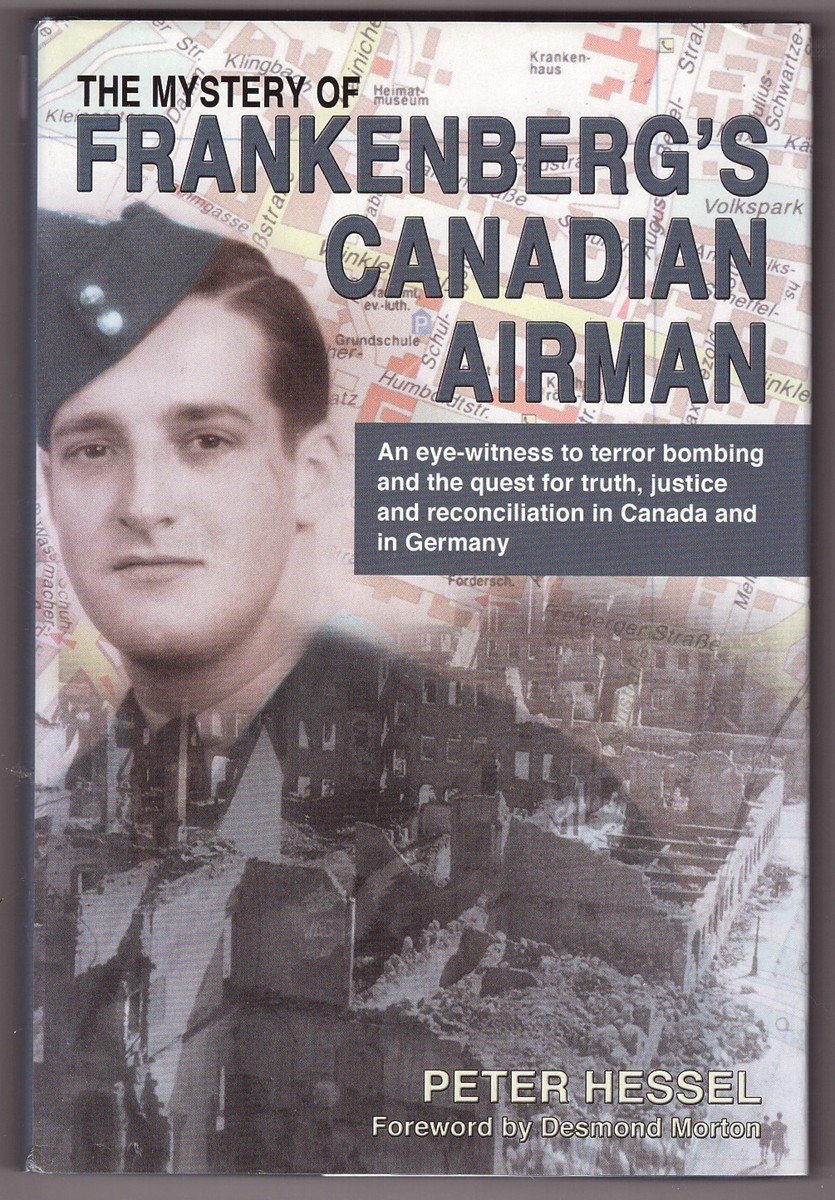 The Mystery of Frankenberg's Canadian Airman

DJ has 1/4" tear on bottom at spine area, otherwise very light shelf wear. ; A bright, solid book, dustjacket in Mylar, unclipped.; B&W Illustrations; 8.98 X 6.14 X 1.02 inches; 248 pages; "Growing up in Hitler's Germany, Peter Hessel witnessed the Allies' ruthless bombing of his hometown, Chemnitz. Nearly sixty years later in Canada, Hessel heard about a brutal, fatal beating of a nameless Canadian POW in the streets of a small town just a few blocks from where Hessel's own family had taken shelter. Who was this "unknown Canadian airman," and who were his murderers? Canadian a... View more info 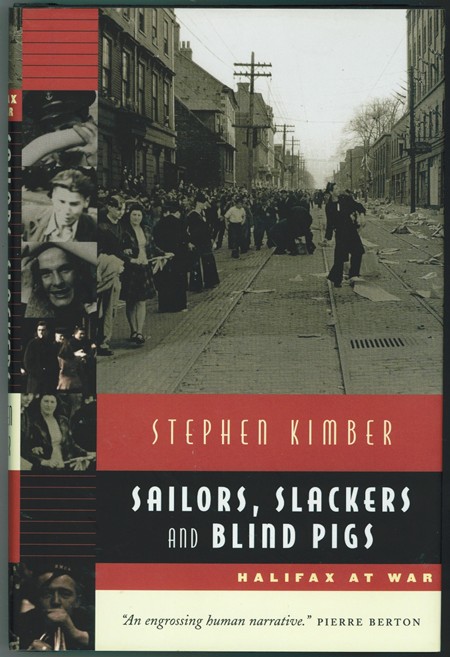 Only slight edge wear, previous owner's name on front pastedown. ; A bright, solid book, DJ in protective Mylar sleeve, unclipped. ; 8.40 X 5.50 X 1.20 inches; 352 pages; The untold story of how war transformed the city of Halifax.Stephen Kimber recreates life in Halifax during the Second World War, a city transformed by the influx of military and civilian personnel serving the war effort. "Poorly governed and corrupt, the city erupted at the end of the war in Europe in the infamous V-E Day riots of May 1945.Halifax was the only Canadian city directly caught up in the drama, danger, death,... View more info 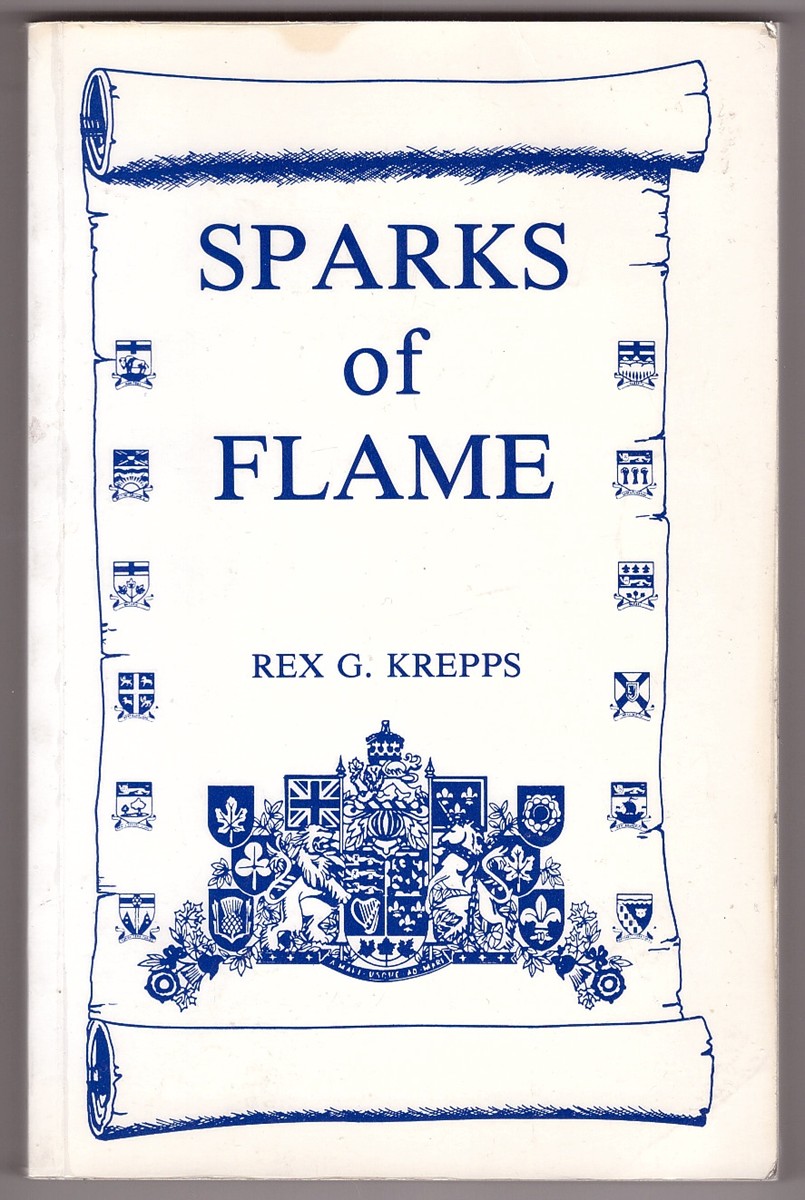 Signed by Author; White glossy card covers show some shelf wear and corner curl, light soiling.; Signed by author on title page. A tight solid book. ; B&W Photographs; 8.43 X 5.85 X 0.73 inches; 239 pages; "This book is the true story of some of the experiences of one of the World War II veterans, Rex George Krepps. It is also the story of hundreds, yes thousands of other veterans. This stoy tells about the working of many of the personnel of the No. 8 Canadian General Hospital, the Royal Canadian Army Medical Corps, from 1940 to 1946." (prologue) View more info 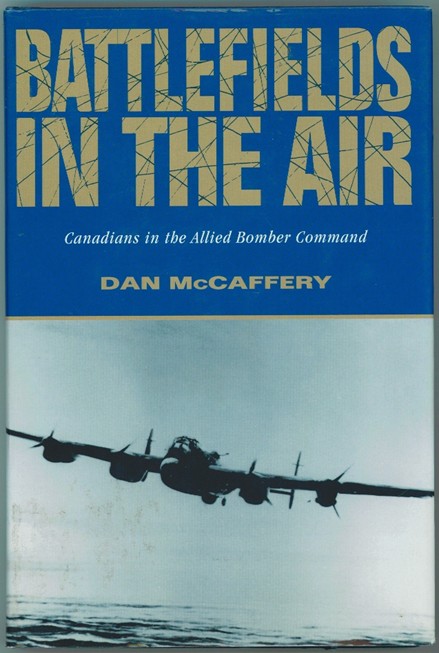 Battlefields in the Air Canadians in the Allied Bomber Command

Dust jacket shows some edge wear, front flap creased ; A bright, solid book, DJ in protective Mylar sleeve, unclipped. ; B&W Photographs; 9.32 X 6.29 X 0.65 inches; 196 pages; "Did the Allied bombing of Germany in World War Two needlessly brutalize and decimate a terrified civilian population? Or was it necessary to force the end of the most destructive conflict in history? Dan McCaffery seeks answers to these questions on both sides of the bombsights.The importance of the bomber command to the Allied victory has always been hotly debated. In Battlefields in the Air, McCaffery sets out to ... View more info 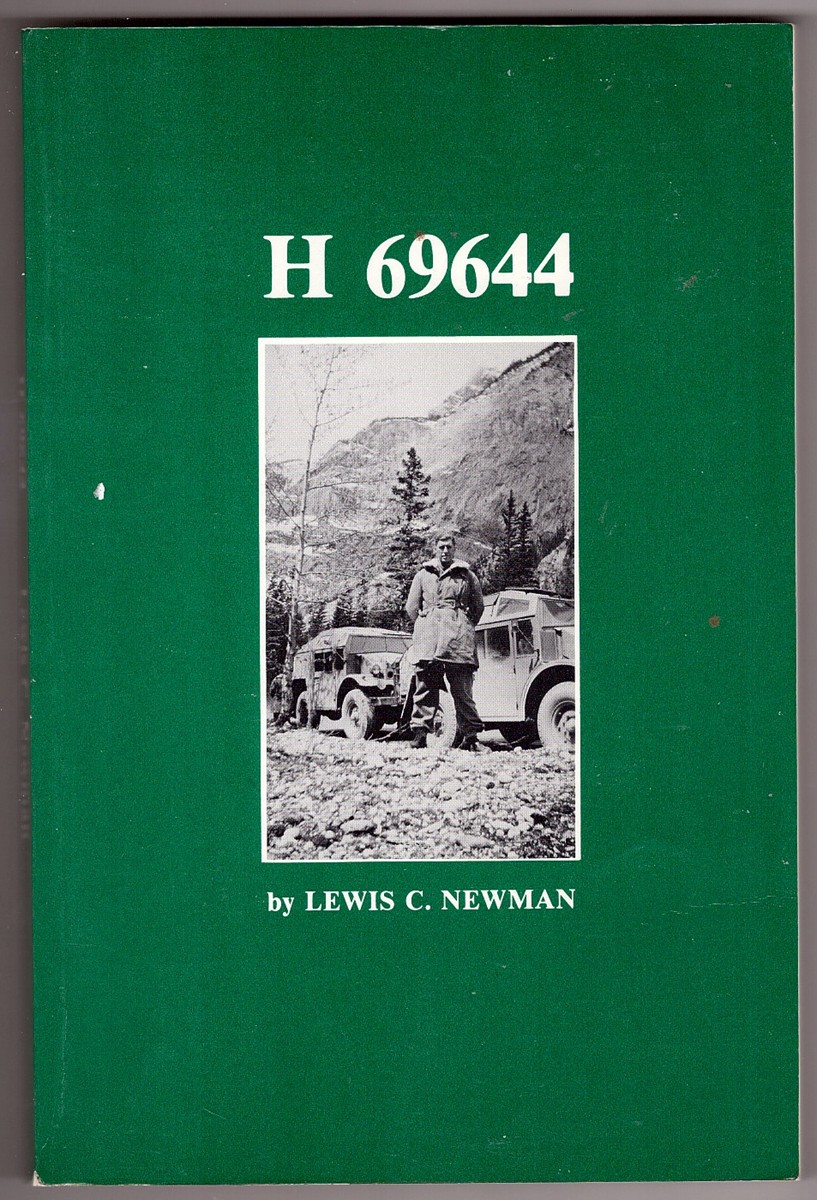 Card covers show light shelf wear.; A bright, solid book.; 8vo 8" - 9" tall; 169 pages; Newman served with an artillery regiment in WWII. The young Winnipeg man promised his mates he would write a book about his experiences and, with the aid of the many letters he had written his wife to help his memory, he was able to produce a very entertaining account. View more info 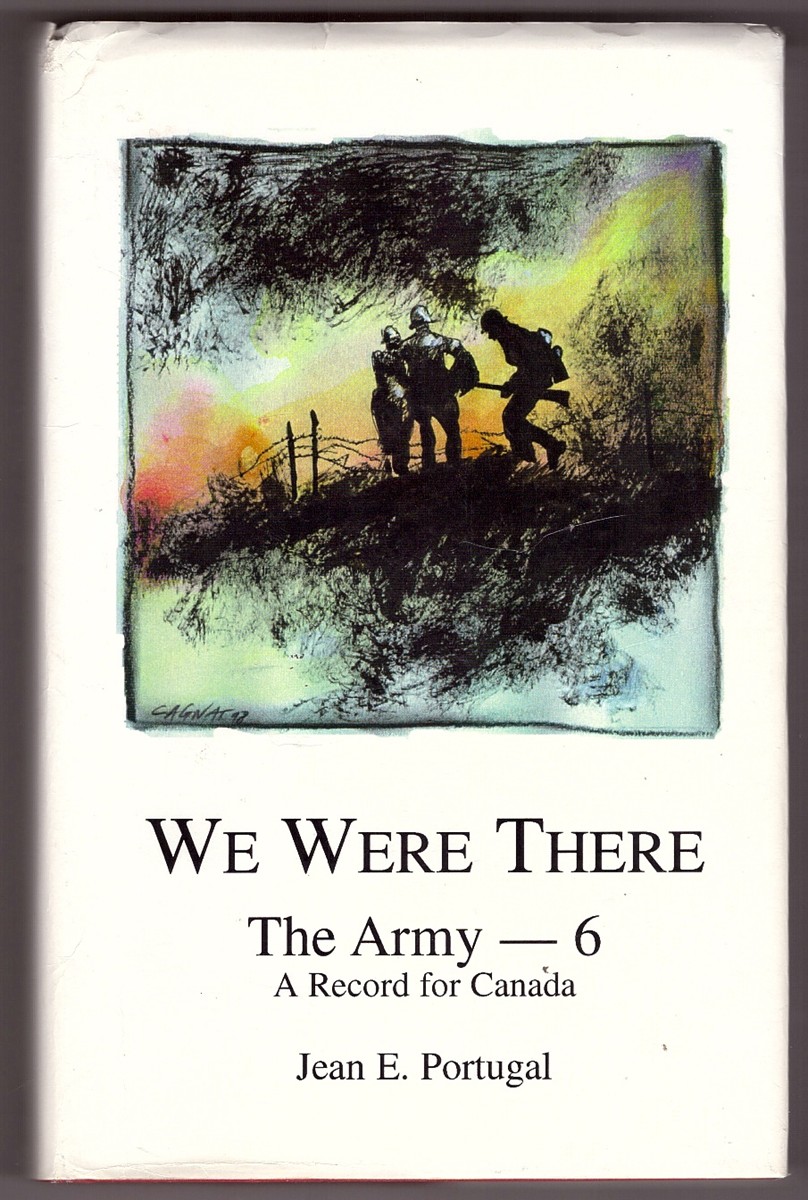 We Were There; The Army - #6 A Record for Canada

DJ shows light shelf wear, scuffing, creased across top edge because the dustjacket is too tall for the book ; A bright, solid book. Dust jacket in Mylar jacket protector. ; We Were There - Volume 6; B&W Photographs; 8vo 8" - 9" tall; 463+ pages; This is number 6 of 7 volumes dealing with the Canadian armed forces during WWII, one devoted to the Navy, five to the various facets of the Army and one to the RCAF. This volume covers the various support units involved during the D Day operation. It includes sections on the Engineers, the General Staff, the Service Corps, the Signal Cor... View more info 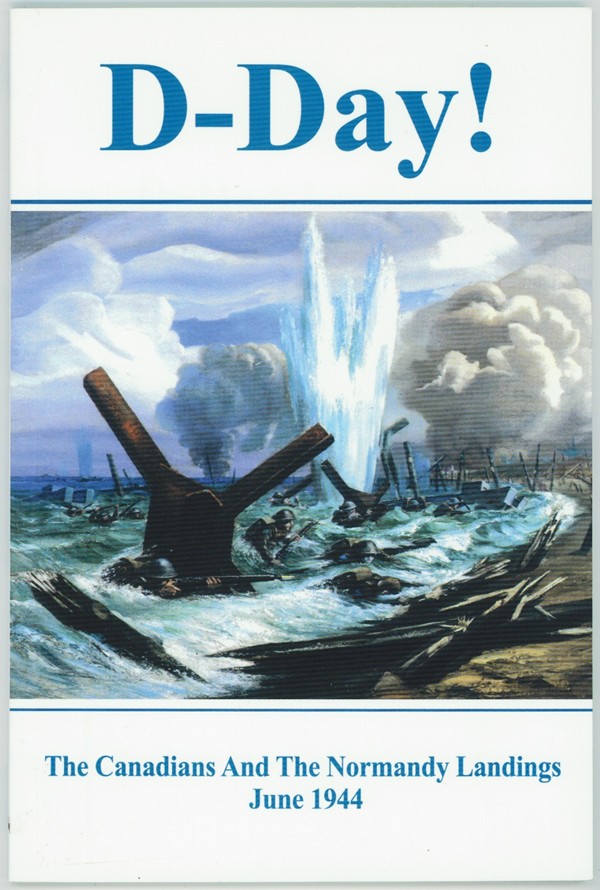 D-Day The Canadians and the Normandy Landings June 1944